What Is USDT Cryptocurrency? Tether’s Characteristics and Differences from Other Coins 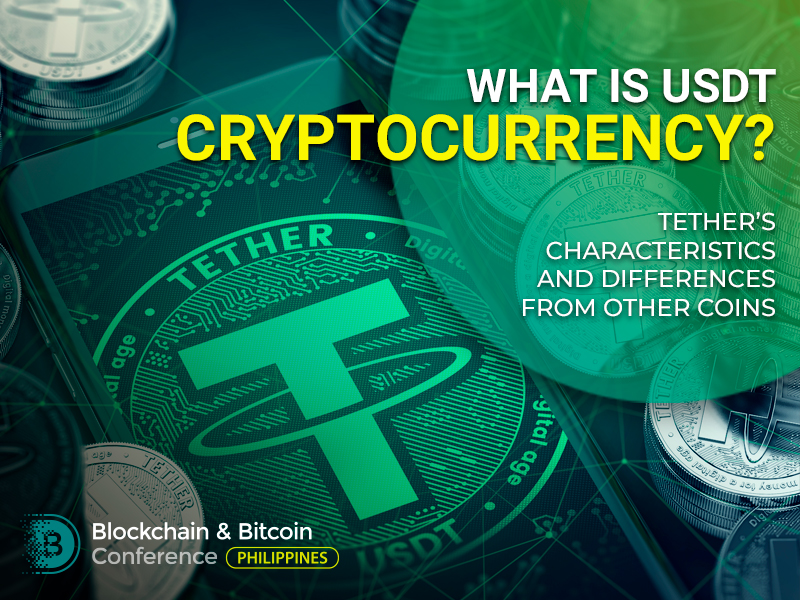 Today, the biggest issue in the crypto market is the price volatility. Cryptocurrencies’ prices can rise and fall dramatically, therefore, digital coins are not always completely reliable. The possible solution to the problem is the release of stablecoins backed by the fiat money. Tether (USDT) is one of them.

Tether is the first so-called 'stablecoin' in the world which was created by the parent company Tether Ltd. Among the other stablecoins today there are Gemini Dollar (GUSD), Paxos (PAX), USDCoin (USDC) and TrueUSD (TUSD).

The idea behind USDT is that each token is simply backed by one US dollar. On October 23, 2018, the price of the coin is $0.982 while the market cap reaches over $2 million.

Tether claims to be completely transparent as the balance is updated regularly and publicly accessible at all times.

More than that, there are no transaction fees when sending money between two Tether accounts or any two blockchain-based wallets capable of storing Tether.

Tether is the desired coin to traders who want to avoid periods of market volatility due to its safety. 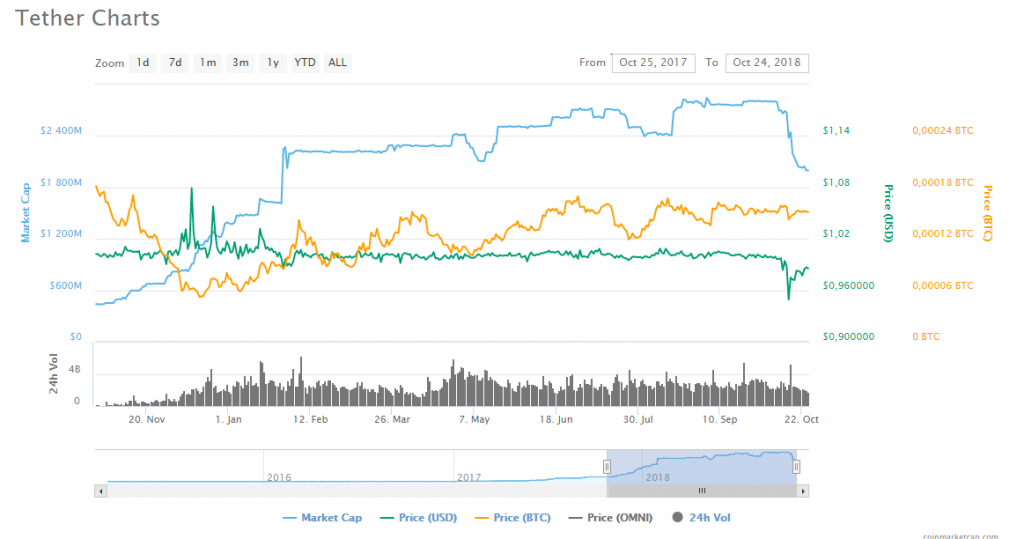 How Is USDT Different from Other Coins?

The main difference of USDT from other coins is that it is stable and free from different speculations and price fluctuations. The coin was designed specifically to integrate fiat currencies with the blockchain by converting physical cash into a digital asset.

Apart from that, today, there are two different types of USDT. Originally, the coin was created with the use of Omni Layer protocol and was stored in the BTC blockchain. Later, the additional version was launched as an ERC20 token using the ETH blockchain.

Some experts still question the stability and reliability of the coin. For instance, in July – August 2017, the supply of USDT has rapidly increased by over US $100,000,000. As Tether claims that it is backed by fiat, sceptics ask questions where this money came from.

More than that, on October 22, 2018, it was announced that the large crypto exchange Bitfinex sent 63 million Tether out of circulation after its price has dropped below $1. The exchange rate has rapidly dropped as low as $0.85 on the Kraken exchange.

Before getting a wallet for storing USDT, it is necessary to figure out the type of the coin as they are not compatible with each other. If one of the USDT types gets to be stored in the wrong wallet, it will simply be lost.

For holders of ERC20 USDT coins, MyEtherWallet (MEW) would be a good choice as it is known for its security and convenient interface. More than that, it provides the hardware wallet support and allows cold storage. MEW also provides a possibility to create a paper wallet.

OmniWallet is suitable for storing Omni layer USDT coins due to its security and being the original wallet for storing USDT. It offers full control over the private keys, however, it has a difficult user interface and does not allow the cold storage.

There is the official Tether Wallet existing specifically for storing USDT. However, it is important to know that in 2017, Tether was hacked ,and coins were stolen from this main wallet. After the incident, the service was taken down and new registrations still could not be made.

The other option is Freewallet which claims to be the trusted one. The mobile application allows the cold storage of coins and provides a possibility to freeze the account in case the device is lost and access funds from the other smartphone.

The wallet supports 22 coins, among them there are BTC, BCH, ETH, XMR, ZEC, DASH, EOS, NEO and TRON.

How to Define the Type of USDT?

There are several ways to check which type of USDT is located in your account.

The second option is to consult with the crypto exchange platform where the coin has been obtained.

One more option is to use any USDT wallet and test a small amount of crypto by locating it there. If the funds arrive to the wallet, it means they are of the same kind as the tokens supported by the wallet. If the money is lost, types are different.

Cryptocurrencies will be discussed by the DLT experts at the Blockchain & Bitcoin Conference Philippines.