James Florentino: “Bitcoin is a grandmother of all coins. But the best as the start is Ethereum” 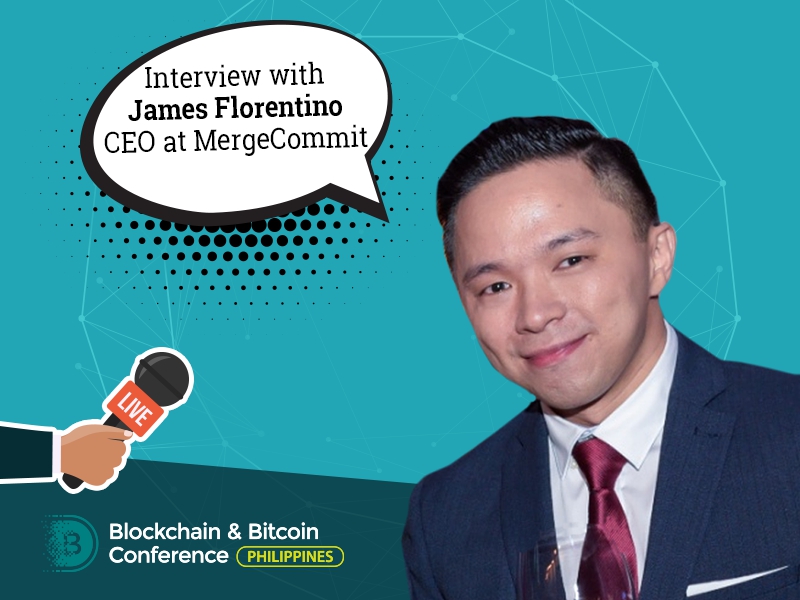 Ethereum is the most promising asset for making investments in a cryptocurrency, believes James Florentino, a crypto expert, developer, and founder of several blockchain companies. In his interview with the press service of Blockchain & Bitcoin Conference Philippines, he talked about the strengths of the digital currency invented by Vitalik Buterin and explained why blockchain is an attractive source of investment today.

BCP: The growing rate of bitcoin and other cryptocurrencies drives interest of many people. However, up to now, the majority of them treat digital currencies with caution not knowing what to start with. So, how can a beginner embark on the cryptocurrencies investment? Are there any lifehacks? Is it worth mining on own?

J.F.: I think education is fundamentally important before investing on anything. I would say the best way to start would be to understand what blockchain is and how it works, and then learn how to secure your own wallet.

Once the fundamentals are learned, it will be fun to learn about the different cryptocurrencies that are available in the global market. That's also the great thing about crypto, for the first time in history, anyone in the world can invest on any crypto they want.

Bitcoin is without a doubt, the grandmother of all coins. But if I were to advise someone to invest on a cryptocurrency as a start, it would be Ethereum. It is my personal favourite right now due to my software development background. And it also has lower miner's fees.

BCP: What are the sources to find the information about cryptocurrencies?

J.F.: I usually browse reddit, coin desk, bitcointalk and various facebook groups. But the best sources would be from people who themselves run cryptocurrency-related businesses.

But if you don't have those connections, that's okay too. The key here is to always read about news. Meet people who are also investors and traders of cryptocurrencies. Join communities and learn from each other.

BCP: In your opinion, what is the best quantity of funds an amateurish investor should park in this industry?

J.F.: For the average middle-class worker, I would say 10% of one's annual income would be a good start. But the key factor here is to maintain a level of contentment. Knowing when to separate your emotions from your investments would not only be less stressful to you but will also allow you to make better decisions as an investor and trader.

BCP: Which cryptocurrencies are the best choice for beginners? Maybe, there exist some prospective ones like bitcoin though they remain underestimated?

J.F.: I personally would recommend Ethereum as a base cryptocurrency to start with. It has a promising future ahead of it. It also has lower fees when you transfer your ETH to your local wallet unlike Bitcoin.

BCP: When buying cryptocurrency, what risks should beginner investors be ready to encounter? What are their main mistakes?

J.F.: I will sound like a broken record here, but learning something basic like how to secure your local wallet. For example, if you store your bitcoin in your mobile phone, make sure you have a copy of the mnemonic passphrase hidden somewhere safe just in case your device gets stolen or lost. This will enable you to restore your coins back to another device afterwards.

BCP: Is there any guarantee that cryptocurrencies aren’t another financial bulb?

J.F.: If we look at the market data, I think we haven't reached the pinnacle of what cryptocurrencies and blockchain in general can do for people around the world. In my opinion, market patterns give us various glimpses of how potential future events will turn out.

I have a feeling that because of the huge amount of money that is being poured into this industry right now, it will be difficult for people and institutions who have invested in cryptocurrencies to just allow it to fail.

In Ethereum, we have something called the Enterprise Ethereum Alliance, an organisation that connects Fortune 500 enterprises, academics and startups with Ethereum experts.

I may also be wrong and I'll gladly take it. But for now, I am very hopeful that cryptocurrencies and blockchain in general will pave way to a future that's going to shake the very foundation of our current archaic financial institutions.

BCP: You are a Co-Founder of the first bitcoin exchange in the Philippines. Can you please describe the overarching idea of your project and its advantages over rivals?

J.F.: I seriously started getting into Bitcoin in Feb 2011. During that time, there was zero interest here in the Philippines and the only people I was able to talk to were from the internet. Most of them were software developers, venture capitalists, libertarians, and crypto-anarchists.

It wasn't until July 2013 (almost 5 years ago) in a local bitcoin meet up, that I met Sam and Lasse (my other two co-founders). We quickly became good friends and decided to start a project together where people can buy and sell bitcoins. BuyBitcoin.ph was born.

I initially wrote the software as an MVP for a week. But after getting repeat customers for a few months, I iteratively upgraded the software until it had its own accounting system, order management system, and an automated trading middleware that offloads our trades to external exchanges. This was in 2014.

Looking back now, I remembered that we originally launched BuyBitcoin.ph in 2013 as a way for the Filipino people to get started with Bitcoin. Not because we wanted to make a buck.

We were the first mover. Although I am not part of the company's operations anymore, I still am proud of my little contribution. It was truly a great learning experience.

BCP: What do you expect from the conference? What knowledge do you plan to take out of it?

J.F.: I'm looking forward to share my knowledge and experience to the attendees as well as learn from the speakers. See you guys at the event!