Digest of cryptocurrency news: Blockchain-based boutique bank and startup challenge in the Philippines 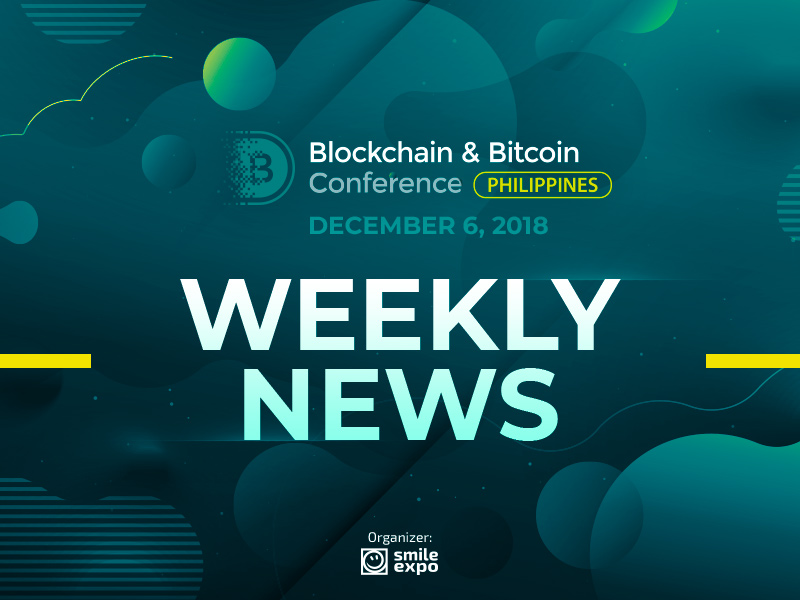 On December 9, South Korean accelerator Dsion will host a startup challenge in the Philippines. Only blockchain startups are admitted to participate in the competition for the $20,000 prize fund.

Companies willing to compete should submit applications together with realistic plans for the future until November 25. A special jury consisting of financiers, investors, blockchain experts, and marketers will consider the applications.

Judges will choose six startups to fight for the title of the most promising startup on December 9. The winner will get $15,000, while the second and third places – $3,000 and $2,000 respectively.

UnionBank of the Philippines, one of the largest banks in the country, announced its own blockchain project. Reportedly, 150 banks will take part in the project.

Details of the project are not revealed, but top on the list is The Ark, a digital bank that allows customers to use iPads to run transactions. Besides, it deploys the virtual reality technology.

According to UnionBank’s CEO Edwin Bautista, around PHP 6 billion (approximately $115 million) were spent on technological projects over the past three years.

A play for cryptocurrency

The musical play The Ballad of Ali of Keshan will be staged in Manila soon and viewers will have a possibility to pay for tickets using cryptocurrency.

Organizers state that they will arrange it if the local cryptocurrency community shows enough interest in the play. The performance will be staged nine times to allow the biggest possible number of people to connect with the story that reflects social problems.

The Central Bank of Singapore (Monetary Authority of Singapore or MAS) has developed a new Payment Service Bill (PSB) to regulate payment providers that use cryptocurrencies.

The regulatory regime will touch upon e-wallets and digital tokens. According to the bill, the MAS will have the right to define which of the payment systems are important for the financial stability and take them under patronage.

Besides, all payment providers must obtain one of three licenses:

The MAS has given cryptocurrency payment providers six months to comply with the new law. Providers that use fiat only have twelve months.

Ping An Bank, a subsidiary of one of the largest players in the Chinese insurance market, announced the intention to launch a high-tech boutique bank.

A boutique bank differs from the traditional bank organization by restricted functionality providing just a short list of services.

Ping An Bank will launch a boutique bank using blockchain, cloud services, IoT, and big data. The bank will rely on the service platform named SAS.

It is expected that thanks to innovative technologies, the bank will be able to provide customers high-quality service including management of risks and capital, payment services, financing, and even marketing.