Bitcoin rush impact on mining: forecasts about bitcoin mining in 2018 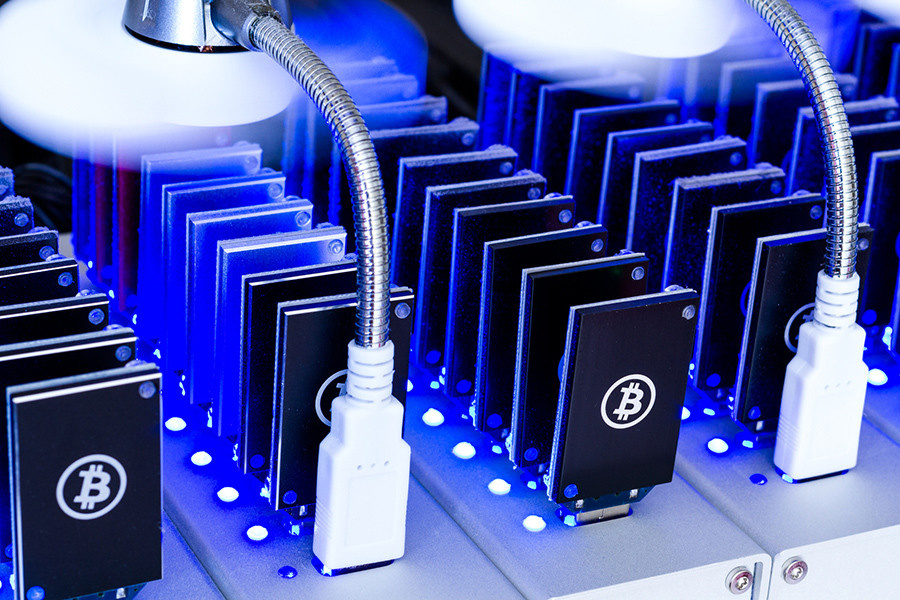 Five years ago, only computer geeks were aware of bitcoin. But in the end of 2017, when the world faced the cryptocurrency rush, such words as bitcoin, mining and cryptocurrencies turned out to be familiar to all inhabitants of the planet. Therefore, today the majority of Internet users know that cryptocurrency mining is a process of obtaining digital currencies required a powerful computer. So, what exactly does this computer do? Let’s review it in detail.

In general, mining is a solution of a complex mathematical problem based on the blockchain technology: bitcoin transfers are recorded in the transaction log shown to all participants; miners collectively look for the hash that will match all network transactions and will provide the secret code.

When the hash is found, the block is completed, and the miner who has found the key receives the reward. The more participants and transfers are engaged in the bitcoin network, the more time and computer capacity are required to solve the problem.

Besides, the reward for the obtained block is eventually reduced: each 210 000 blocks reduce it twice. The recent reduction happened in 2016. Now, it is 12.5 BTC. Computing process complexity also constantly grows, as the bitcoin network increases and includes more and more transactions.

Thus, bitcoin mining is always accompanied by the so-called arms race: to make profit from this activity, one needs more and more powerful equipment. While in 2010–2013, one could mine bitcoins on a common home computer with a powerful video card, now one requires special bitcoin mining hardware: the ASIC system. It is equipped with single-purpose integrated circuits with low power consumption and fast computational speed. Mining on ordinary computers, even on the top ones, is currently unprofitable.

To improve the outcome, mining machines are integrated into blocks called mining farms. The biggest ones are placed in China: this country is a leader now in terms of the volume of bitcoin mining. There are farms consisting of thousands of machines, while the most amazing bitcoin farm is located in the functional hydroelectric power plant that feeds it.

Moreover, to enhance mining efficiency, miners are joined via Internet servers in bitcoin mining pools. Aggregate capacity of pools is incredibly huge. Such pools distribute the reward among participants according to the special algorithm. Ethereum mining pools follow the same concept.

Mining is an energy demanding process. So, its profitability requires a cheap energy source. By the way, bitcoin obtaining causes a lot of issues related to ecological performance and spending of nonrenewable resources.

Being out of touch with reality

Bitcoin mining is a tempting way of earnings: indeed, if we could legally print rubles or dollars at home, who would refuse this? However, even apart from electricity expenditures and high price of equipment, a mining farm is quite a troublesome ‘neighbor’: it heats up a room and makes a loud noise because of coolers.

One has developed cloud blockchain mining services specially for those who are not ready to put up with the above-mentioned challenges. It means powerful equipment available for lease and remote usage. Such a service will allow you not to monitor over the farm and spend money for its upgrading and repair: an owner is responsible for these expenditures. Some of cloud services are even provide free bitcoin mining options but its profitability is quite poor.

Cloud mining can be pretty beneficial for people living in regions with the high electricity price. Data centers for cloud cryptocurrency obtaining are located in places with cheap electricity, thus it can be more profitable to lease it rather than to buy your own farm. You can either lease remotely hosting with necessary software or loan a server and install mining software on your own. Nevertheless, today the most popular way of cloud mining is the lease of computational equipment without an access to a certain physical or virtual server.

Cloud miners do not usually install and adjust bitcoin mining programs. It is service owners who do this task. However, if you decide to develop this business and lease hosting for bitcoin mining online or organize your own data center, it’s time to start exploring mining software.

Details about every software can be found in the review of miners.

According to users, MinerGate stands apart other programs: this utility software is compatible with all popular types of electronic currencies and features the user-friendly English interface. However, such console applications as CGMiner are more reliable in operation.

In summer 2016, miners faced a milestone event: halving of the reward for an obtained block. Despite this fact, bitcoin mining in 2017 was a very profitable business due to the exchange rate growth. It was the best year for bitcoin manufacturers. Well, is Bitcoin Mining Profitable in 2018?

According to analysts, investment threshold will significantly grow in 2018 in comparison with the previous year. Growth drivers of mining prime cost are described about. The market competition is increasing as well.

There are also discouraging forecasts: the bitcoin exchange rate can experience several major drops in 2018. It can be related to exchange manipulations of bitcoin futures and legislative novelties.

Therefore, despite the fact that shortly before 2018 the rate of the first cryptocurrency has reached extraordinary level, earnings on mining bear some risks. Entering this business, you should take them into account: invest only the sum that you can afford to lose without devastating consequences.