What Is Bitcoin Algorithm? Simple Explanation 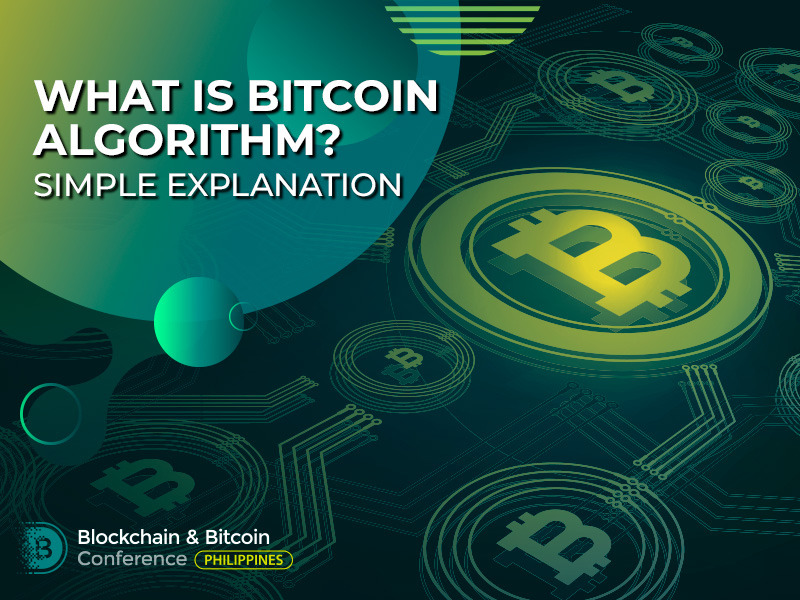 There exist a lot of ways of making a profit from Bitcoin. Some mine crypto, some buy it and sell at a higher price, some use services of investment funds. Let us better understand algorithms: find out how miners get their Bitcoins and how to create a trading bot algorithm.

Bitcoin blockchain uses a hashing algorithm named Hashcash. It is based on a Proof-of-work consensus developed to check whether a miner conducted calculations when creating a new block. In fact, it is proof of executed work that can bring a reward to a miner.

How does it work?

Creation of a new bitcoin block is accompanied by verification launched by Hashcash. It checks an encrypted header of every block that contains the following information:

A blockchain will recognize a block as true if its hash had the lowest value compared to a current target. A soon as all information is checked and proven, an author of a mined block gets a reward in Bitcoins.

A Bitcoin blockchain hashing algorithm works in such a way that all blocks are generated at the approximate frequency of 10 min per 1.

Mining is not necessary to make a profit from Bitcoin. It is an asset traded on cryptocurrency exchanges. That is why Bitcoin trading may become as profitable as its mining using computers and ASICs.

Some need to trade cryptocurrencies automatically, that is why they use special trading bots. First of all, it can be explained by downsides of existing crypto exchanges. They frequently lack the needed functions such as a pending order enabled under certain conditions.

The description of one of the algorithms is given by a user with a nickname ‘primus’ in his personal blog. He presented a scheme of a bitcoin trading bot algorithm: 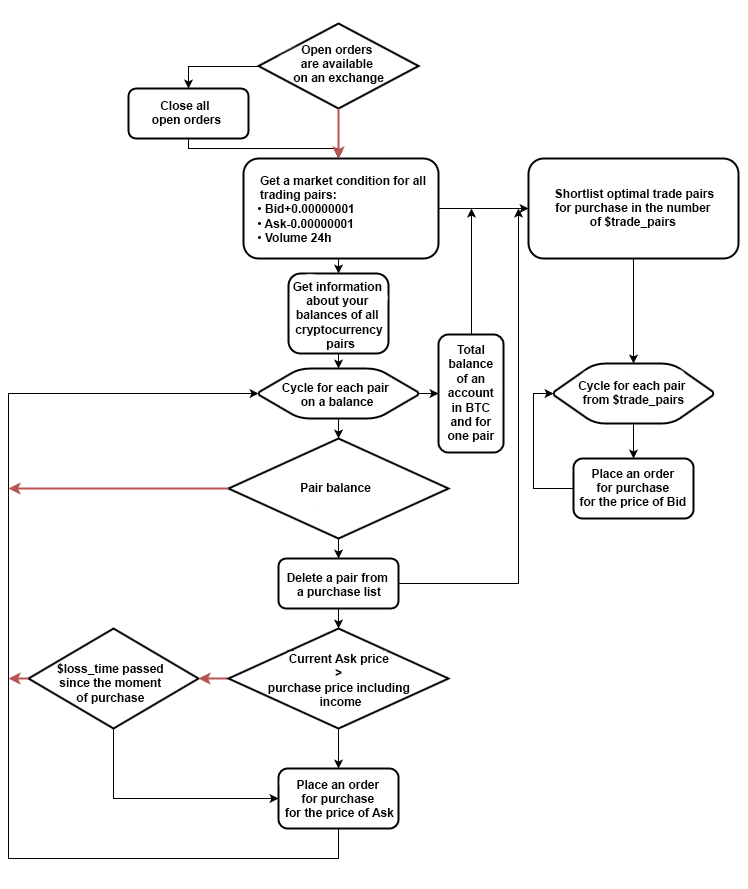 Basically, a bot searches for cryptocurrency markets with the highest profitability expressed in percent. When launched, it checks whether open orders are available: if such exist, the bot closes them. The bot has an inbuilt minimal price of a cryptocurrency to trade, a maximal number of trading pairs, lot minimal size, order minimal value, and minimal profit given in percent.

Then, Bid and Ask prices on all trading cryptocurrencies are analyzed. The bot automatically adjusts its Bid and Ask at the level that is a bit higher or lower than the current one. After that, it analyzes the possibility of getting a set minimal profit in case of placing an order for Ask price. As soon as the bot finishes putting orders on sale, it moves on to purchase orders.

It is only an example of a simple trading bot algorithm on cryptocurrency exchanges. It may not be suitable for certain trading strategies and used only as a means of exemplification. Traders show different behavior on the market, which requires specially adjusted trading bot algorithms.

Digital coins and blockchain technology will be discussed at the Blockchain & Bitcoin Conference Philippines.