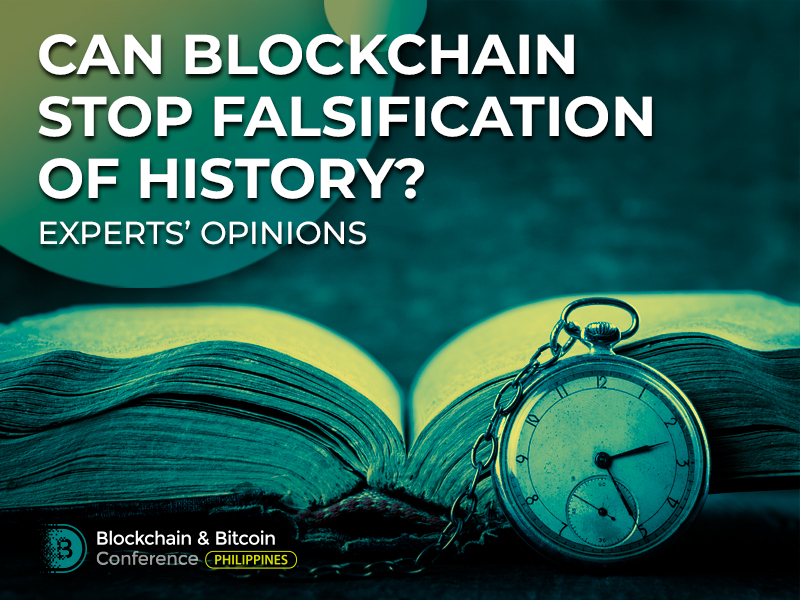 Today, historical facts are easily accessible as there is plenty of sources of information, especially the Internet. Interested people are able to find any information, whether it is the Code of Hammurabi or notes of the WWI soldiers. But how to know if these historical facts come from the original sources and are not distorted because of the subjective historian’s perceptions?

The History Has Always Been Falsified 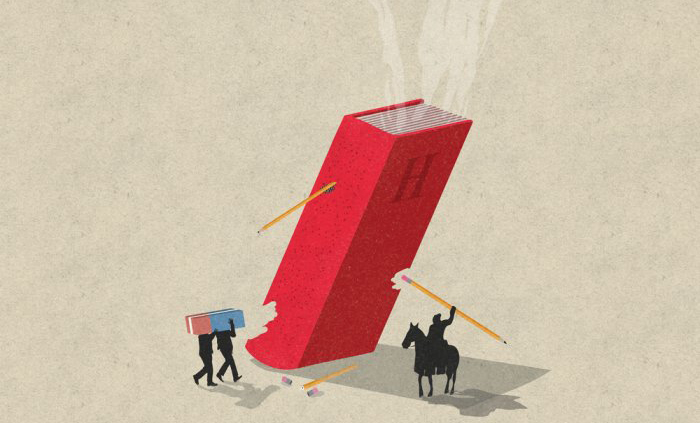 First examples of historical facts’ distortion come from the ancient Egypt, as a lot of information about the period has simply disappeared. For instance, only few documents about pharaohs are left. As a result, the identity of kings and historical facts have to be restored with only a little amount of information.

Now, there are different ways of how historical facts may become distorted. The main two ones:

The result coming from any of the historical facts’ distortions – wrong information which is transmitted from generation to generation.

More than that, even the information about scientific discoveries can be distorted, as such documents require a special examination in order to be proven true.

In 19th century, the French scientist Michel Chasles bought a collection of letters from Galileo, Pascal, Newton and other historical figures. After the examination, it was detected that the papers were fake.

Looking at the examples, it is possible to see that original and fake documents may look similar, so, how can ordinary Internet users be sure that the historical information they are reading is true.

How Can Historical Facts Become the Reliable Data?

Nowadays, it is not easy to analyse such an amount of historical data manually anymore. More than that, it is almost impossible to find the original sources and check if what happened a thousand years ago has actually taken place.

The way to avoid falsification may be to keep the modern history by recording data in a system which is impossible to change. Blockchain may be the solution.

Blockchain is a distributed ledger technology which became known in 2008. In simple terms, it is the list of blocks, or records, connected together with the help of cryptography. They store different information and data recorded in the ledger.

Blockchain is distributed, or decentralized, meaning that the information is not stored on one computer – it is recorded at many nodes at once.

The technology has an important advantage – the ledger is open to anyone, so that the information can be checked and verified in any time. It is impossible to change the stored data, therefore, users can be sure that it is reliable.

Here comes the question: is it possible to store the historical information on the blockchain to protect it from any alternations and distortions?

Will Blockchain Protect History from Falsification? Opinions of Crypto Experts

According to the Co-Founder and Chief Strategy Officer at PDAX exchange Yang Yang Zhang, blockchain may have the potential to preserve the immutability of certain types of facts, but protecting historical truths is a complex and multi-layered problem.

“Before considering the possibility of using blockchain to record history, a government should take the necessary steps in developing a more in-depth understanding what blockchain can and can’t do in order to fulfil this task,” believes the expert.

Co-Founder & CEO at CoinIndex.agency, Yuliya Sporysh, agrees and explains that currently, governments will not consider storing historical facts on blockchain as it is a very expensive technology which requires support and financial expenses because a lot of energy should be spent.

“I believe that the amount of data here is the problem – only the part of historical documents and facts can be recorded on blockchain, and it will not be public one,” explains Yuliya.

Business Owner at Tagcash, Mark Vernon, however, believes that the blockchain used for storing historical data should be public and easily accessed by everyone. He explains that new facts keep emerging, so they should be appended to the ledger. Therefore, to know what and how has changed, people need access to this blockchain.

Tupaz, Partner at Gorriceta Africa Cauton & Saavedra law firm, believes that states will, sooner or later, use blockchain to store historical data. However, he thinks that the reliability issue will remain.

“Blockchain-based solutions are only as reliable as the originally encoded data. If the coded data is wrong to begin with, I’m afraid blockchain will not be able to solve that on its own,” Edsel Tupaz believes.

Talking about the blockchain’s ability to prevent the distortion of historical data, Yang Yang Zhang highlights that history depends on the prevalence of certain interpretations and worldviews.

“It is important to emphasize that distorted historical facts are not just by-products of inefficient recordkeeping,” she says.

Yuliya Sporysh confirms this fact and clarifies that blockchain can only help to defend historical data from alternations in specific situations. According to her, the history overall is about interpreting the events.

To support her view, the expert provides an example, “Take a war between two nations in medieval times. Those who have gained new territories would be proud, but those who have lost the battle would lose identity. We know that there has been a war, but the interpretations will always be coloured differently.”

According to Edsel Tupaz, historical data should be verified and corrected, but only by authorized specialists. Besides, this operation should be conducted offline.

“Measures can be set in place where platform participants and miners are somehow enabled to verify, correct, and update original entries and are rewarded/incentivized accordingly. These measures are ‘last mile’ problems which should be designed off-chain and outside the digital world,” Edsel says.

The coverage of the event by the media is subjective as well. Yuliya stays sceptical about blockchain’s ability to improve the media’s objectivity.

“I don’t believe that blockchain can help media to provide an objective coverage, as today, there are numerous fact-checking systems, however, media outlets still cover one fact in ten different ways, depending on the aim and audience,” explains the expert.

Here, Yang Yang Zhang has a different point of view. She believes in blockchain’s potential to encourage media practitioners to be more accountable for the accuracy of any information which they gather and use to produce content. More than that, according to the specialist, blockchain’s application can also contribute to decentralizing the powers that currently control the production of media content.

Tupaz also has a more positive attitude. He holds that mass media can be objective if they have an access to coding, verification, and correction of world’s news.

“Media can be a participant in the coding, verification, correction, and updating process. Media will then be able to better publish and report about live blockchain processes whenever key historical events are recorded into a blockchain-based platform,” Edsel believes.

The experts will become speakers at the Blockchain & Bitcoin Conference Philippines. Yang Yang Zhang will talk about the emergence of a new asset class and development of the banking industry under the influence of blockchain.

Mark Vernon will explain what the permissioned blockchains are using the examples of MultiChain and Stellar.

Yuliya Sporysh and Edsel Tupaz will take part in the panel discussion “Smart Contracts and Legal Contracts,” where they will talk about the most popular use cases and crypto finance and derivatives.

Learn more about the blockchain technology from DLT specialists at the conference!