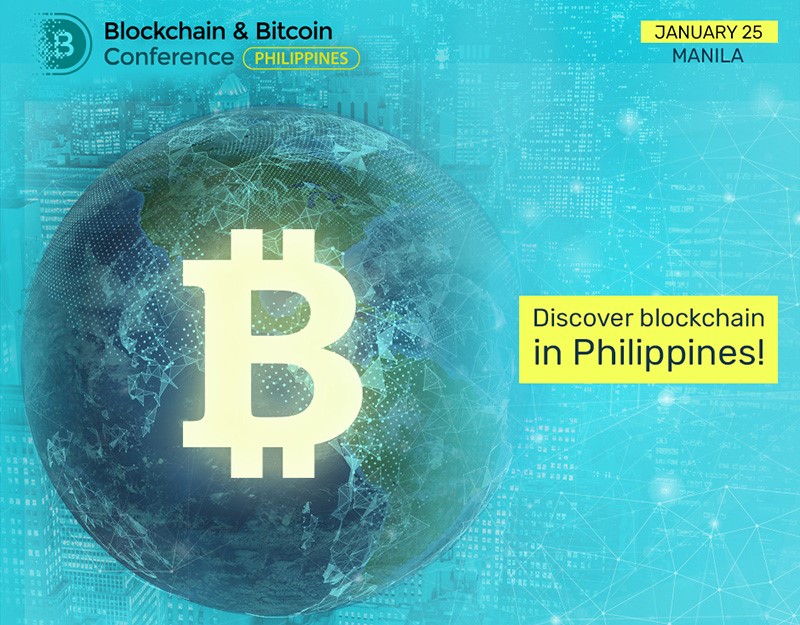 At Blockchain & Bitcoin Conference Philippines, experts will discuss the legislative regulation of blockchain, economy tokenization processes, and the implementation of distributed ledgers in various areas.

Most of topics and speakers of the event have been already confirmed. The event focuses on the results of the last year and important trends of the current year 2018.

Year of findings and surprises

The year of 2017 will be remembered for unprecedented Bitcoin surges and drops. Having reached the mark of $20,000, its price has slumped to $11,833. The whole world excitedly watched the curves of the exchange rate – the cryptocurrency was in trend in 2017. Governments of countries from the Big Seven to South African developing countries also paid attention to the digital currency and saw the need to regulate it. They took different decisions from total bans (Vietnam) to acknowledgement as an official payment means (Japan).

The interest to decentralized technologies increased significantly in 2017. New members joined such blockchain consortiums as R3 and Hyperledger; some countries (Estonia, Slovenia, Malta, Cyprus) announced the development of national blockchain strategies. Solutions based on the distributed ledger technology were integrated in payment systems, game platforms, trading, insurance, and even agriculture.

Cryptocurrencies and blockchain in the Philippines

In February, the Central Bank of Philippines published a new guideline for cryptocurrency exchanges registered in the country. Two of such companies received licenses during the year.

The Philippines is still far from integrating blockchain at the state level, although representatives of the Central Bank repeatedly mentioned the great potential of the technology. At the same time, businesses are actively adopting blockchain in the country. For instance, Satoshi Citadel startup attracted venture investments from the South Korean leading Internet company called Kakao. Furthermore, Coins.ph, provider of blockchain-based financial services that registered here, successfully works with customers throughout the world.

The Philippines shows one of the lowest levels of banking penetration in Asia – over 70% of adult population do not have bank accounts. However, the country is among top five most popular destinations for money transfers. Therefore, blockchain-based payment and money transfer systems have a huge potential here. That is one of the reasons for Smile-Expo to run the event from the Blockchain & Bitcoin Conference series here.

What will be discussed at the conference?

The core topic of the conference will be the regulation of blockchain in the Philippines and other countries of the world. The panel discussion and the presentation of one of the keynote speakers Zachary Kelman, an experienced lawyer, will highlight the issue.

The importance of decentralized technologies for the modern society will be discussed by Zach Piester, Ismail Malik, and Kambiz Djafari. Presentations of Luis Buenaventura and Jimmy Nguyen will be dedicated to the use of cryptocurrencies in the financial sector and commerce.

The organizer of B2B events series Blockchain & Bitcoin Conference Smile-Expo offers everyone interested in blockchain and cryptocurrencies to join the global community. Our company holds blockchain conferences in different countries of the world. The company gathers a pool of speakers for every event, experts recognized by the world. Speakers from Germany, the USA, the UK, and Singapore will make presentations at BBC Philippines on January 25.

Smile-Expo represents 12 years of work in the event industry and over 250 successful events with around 30 of them dedicated to blockchain, ICOs, and cryptocurrencies. Events organized by the company include the largest blockchain events in the CIS region such as Blockchain & Bitcoin Conference Moscow (more than 2000 attendees and 64 exhibitors in November of 2017), and Blockchain & Bitcoin Conference Kiev (around 1500 attendees).

In 2018, Smile-Expo is planning to hold 20 events of the Blockchain & Bitcoin Conference series. This time the company will organize them not only in the CIS countries and Europe but also in Central and South-East Asia, Africa, and South America.

The latest announcements and news about Smile-Expo’s blockchain events are available on social networks and company’s website.